“Spirit of the Marathon” to make European Premiere

The long awaited European Premiere of the critically acclaimed running documentary “Spirit of the Marathon” will take place on Saturday 12 September 2009 from 17:00 to 19:00 at the Babylon Cinema in Berlin, Germany. 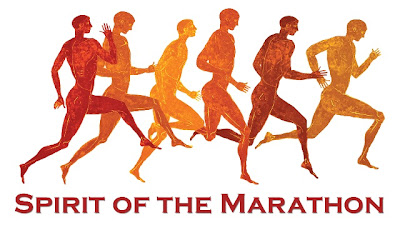 Released in more than 500 theaters in the United States and Canada in 2008, “Spirit of the Marathon” played to sold-out crowds across North America. It has since been released in Australia, New Zealand, South Africa and will soon premiere in Brazil.

Capturing the individual journeys of six runners, including 2004 Olympic bronze medalist Deena Kastor, as they prepare for and ultimately face the epic challenge of the marathon “Spirit of the Marathon” is a landmark film. “The power of the marathon and its tremendous size is not to be missed as a big screen experience” said Director Jon Dunham, who has run 24 marathons himself. “It?s far more than a sports movie. Its an inspirational journey that will be embraced by runners and non-runners alike.

Jon Dunham will be at the Babylon Cinema and will conclude the evening with a question and answer session following the film.

For further information or to interview the filmmakers or cast, contact:

For more information on the Real Berlin Marathon, contact: